I hope you have a nice cup of coffee or tea (or something more spicy, depending on the time of day you decided to read this) at hand.
And that you are ready for some COMICS!
Because here I am with the monthly digest of this month: September!

Here is this month’s rundown of comicerimenter comics: 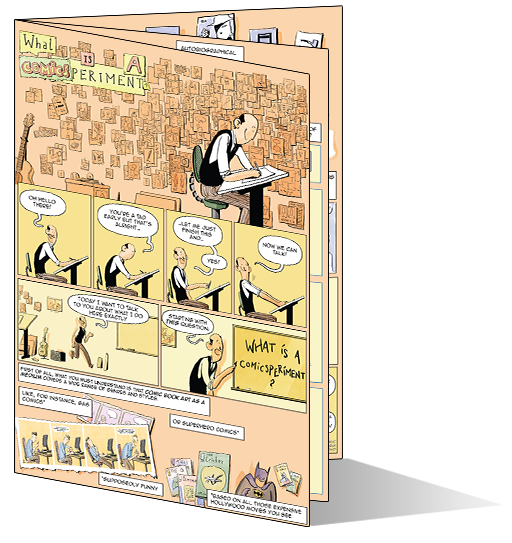 It seems only fair to start with a little explanation of what a comicperiment is in the first place
Here I explain it… in three pages of comic book craziness.
You can read What Is a Comicsperiment right here! 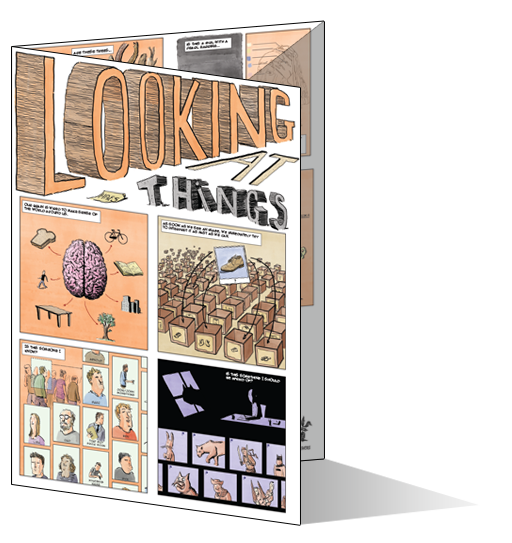 This is a bit of a philosophical experiment.
Ever since I started drawing, I started looking at things a bit more closely. It made me wonder if we could ever see things for what they truly are.
I published this on my Instagram as a swipe comic and it struck a nerve there, gathering over 100 likes within two hours (!).
So I decided to ‘cut it up’ and make it into a two-page comic.
You can read Looking at Things right here! 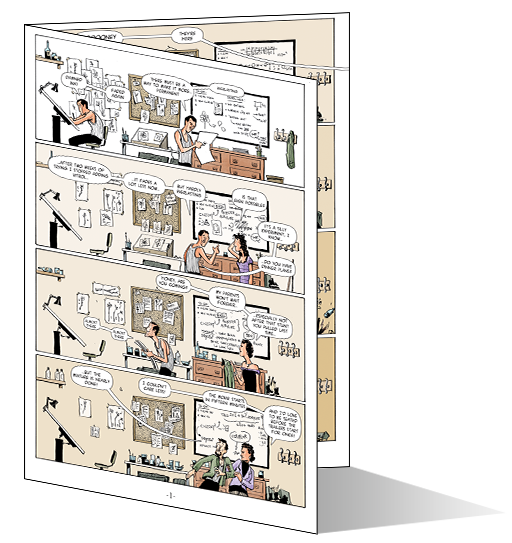 This is a bit of an experiment in telling a story through backgrounds, from the same camera angle.
At the time I had a monthly magazine, De Haesjager, for which I drew and inked this.
I finally found the time to colour (and translate) it.
You can Obsession right here! 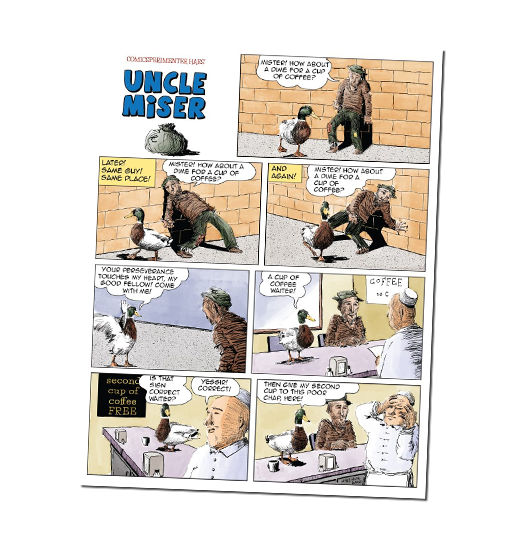 Sometimes it takes effort to make an unsuccessful comic! In this one pager, I took a classic Scrooge McDuck story by Carl Barks and drew it in a more realistic style.
Simply to prove that it would lessen the effect of the joke.
I know, it’s silly.
You can read Coffee for two right here! 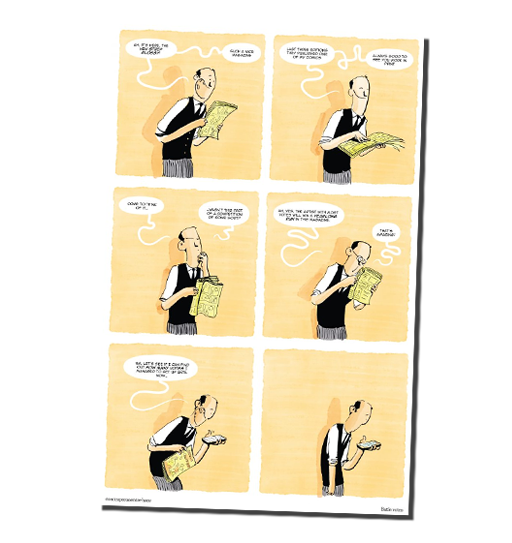 On the 26th of September I launched the Comicsperimenter Campaign. I’m gathering as much votes as possible to win the Strip Glossy Battle.
To kick of the campaign I made a little comic about how many votes I had up until then.
You can read Battle Votes right here!

That was it, this month in comicsperiments.
I hope you enjoyed reading them as much as I enjoyed making them.
It’s always great to hear what people think, so if you have any questions, feedback or just want to say hi, don’t hesitate to leave a comment.

It’s going to be a music-themed month coming October with a lot of interesting comicsperiments coming up, so that is something to look forward to!
All the best for now and I’ll see you next month!

PS – If you’d like to receive an overview like this in you e-mail each mont, just go to comicsperimenter.com/subscribe/