Hello there!
I hope you’ve got your favorite record on, cause this month was MUSIC MONTH over at comicsperimenter headquarters.
That means comics about music and music-inspired comics.
With a very special Beatles Comicsperiment to kick things of.
Here we are with the monthly digest of this month, October!
(if you missed out on last month, go here) 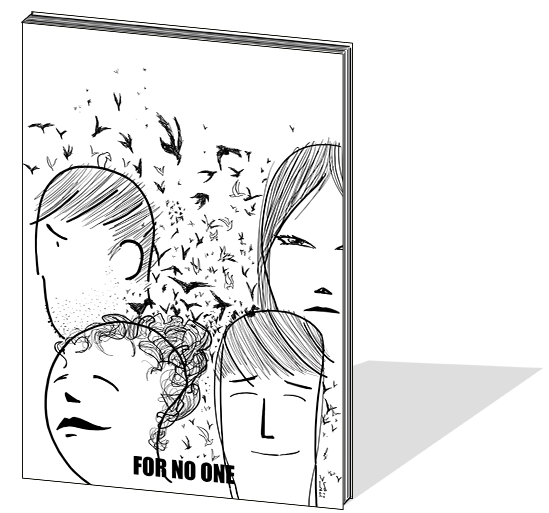 This is one of the craziest things I’ve done so far.
A comic that was inspired by the famous Beatles song For No One.
Not only does it roughly follow the song’s story, it also takes the entire song structure as a blueprint for the way the comic is laid out.
To spice things up, I recorded an acoustic version of the song.
You can read For No One right here. 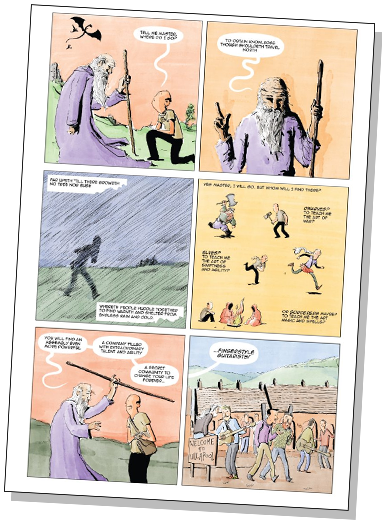 In October I made a trip to Ullapool, way up in Scotland to listen to a bunch of fingerstyle guitarists.
It’s a great festival and such an amazing experience.
It inspired me to make a little comic about it.
Read The Ullapool Guitar Festival right here. 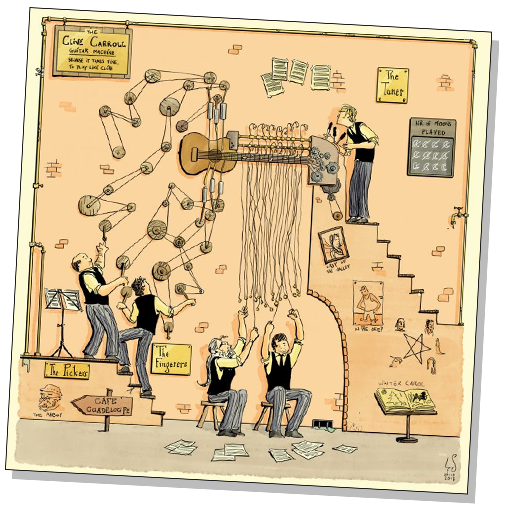 This is not really a comic, but more an elaborate piece.
This is basically my take on the way Clive Carroll’s masterful compositions sound to me, like their being played by five chaps!
Check out the Clive Carroll Guitar Machine, right here. 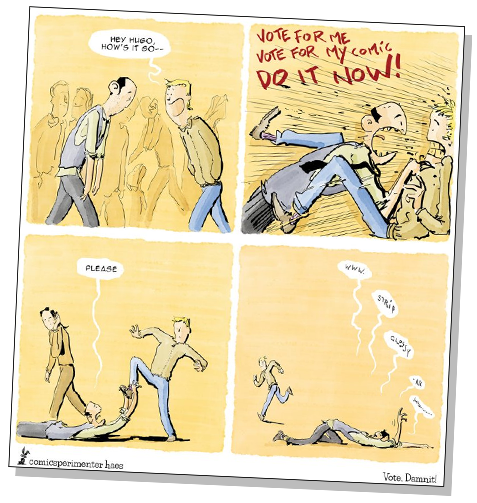 Also, October was the in which I made it into the finale of the Stripglossy Battle.
Which is an amazing thing.
Next month my finale-comic will be printed in the magazine.
I had to gather lots of votes to get there, so it got me a bit on my toes, as you can read in this little cartoon I did.
Read Vote Dammit here.

So there you have it, October in Comicsperiments.
Next month will be quite bussy with non-comicsperimentation I’m afraid, but I’ll see what I can put out.

As always, I love to hear what you think, so let me know in the comment section below!

All the best,
Hugo

PS – If you’d like to receive an overview like this in your e-mail each month, just go to comicsperimenter.com/subscribe/