This comic is about the perfect job interview. 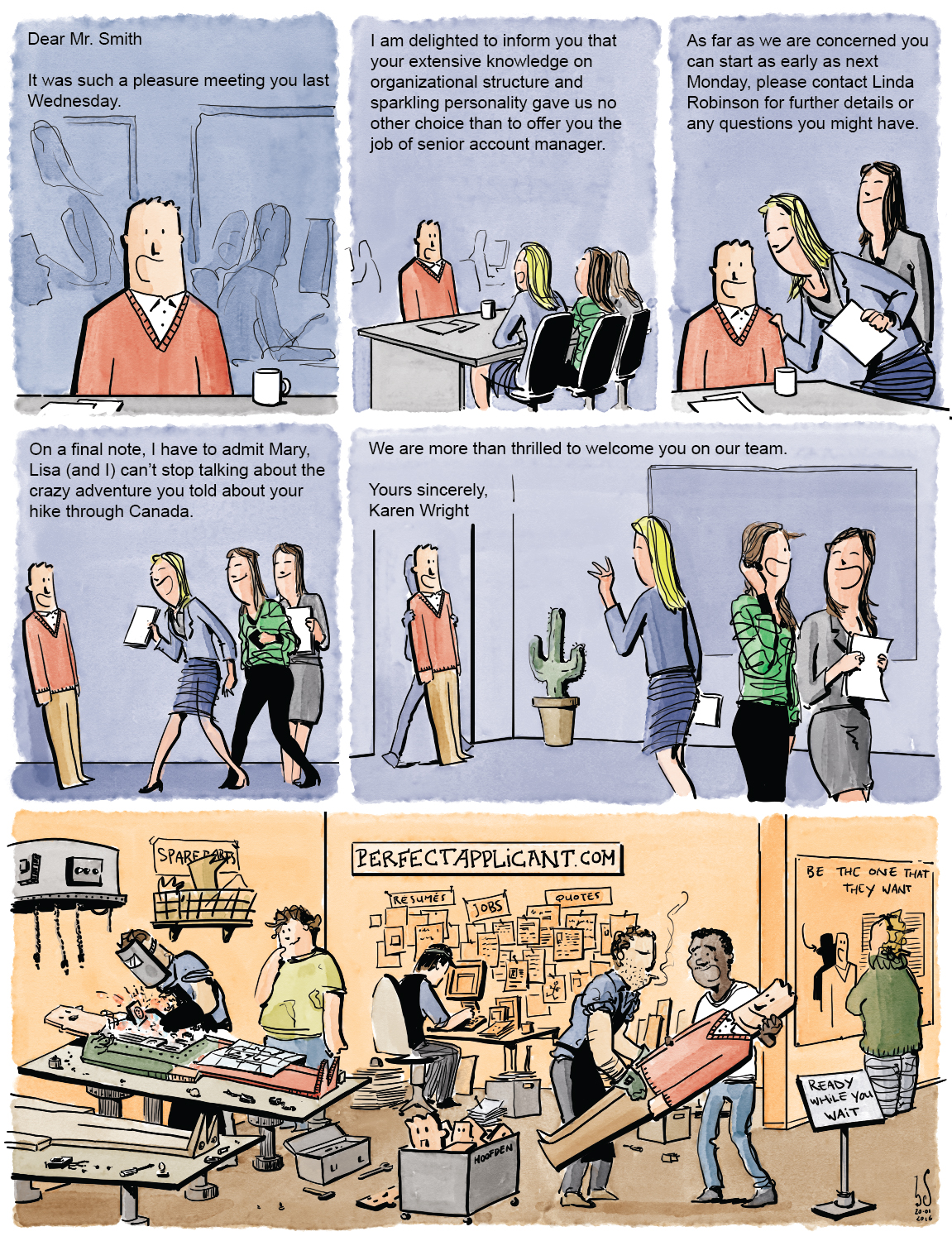 And then, when you end up working there, it turns out it’s just as chaotic, crazy and silly as your previous job.

And then there’s the thing where, at least currently in The Netherlands, there’s a zillion people available for every job you want to get into.
Making even the tiniest flaw in your career path, a reason for corporations not to hire you.
In the mean time you know you’d just be perfect for the job, if they’d only let you at it.

Wouldn’t it be great if there was a way around this entire thing?
A simple way to turn you into the perfect applicant, just like that.
Once you’re hired, no one cares anymore anyway.
That concept turned into this one-page comic. 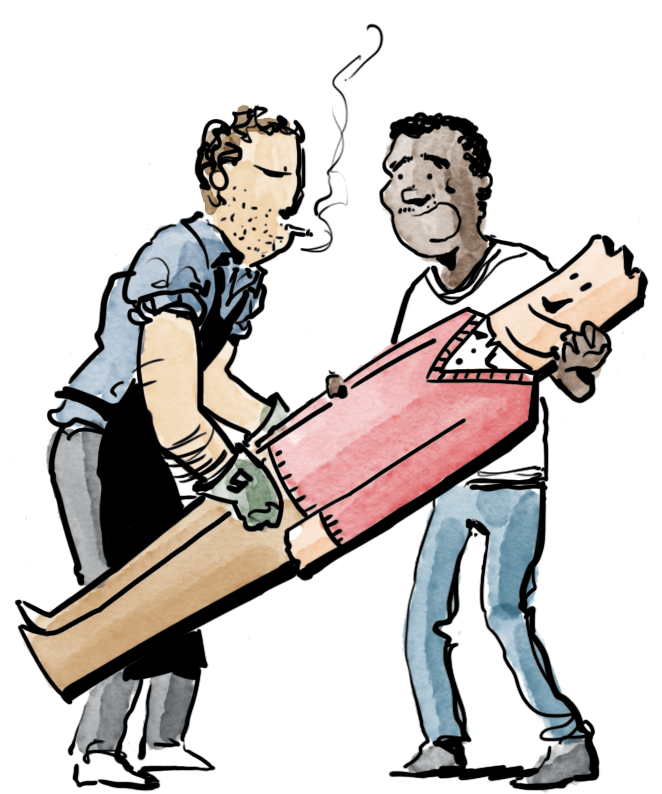 As a way of giving the story a bit of an extra layer to it, I thought it would be nice to let the reader know the operation was successful through the acceptance letter.
Creating a bit of a second narrative (a little bit like I did in my dog-centered comic Abandon).
I think it works quite nice and invites the reader to get involved in the story a little bit more than when I would’ve just made it all dialogue.

Then there is the silly notion that this perfect applicant is nothing more than a cardboard character.
Which is basically a visual metaphor for the message I’m trying to convey.

A Dutch version of this comic was actually featured in StripGlossy, a quarterly magazine about comics. 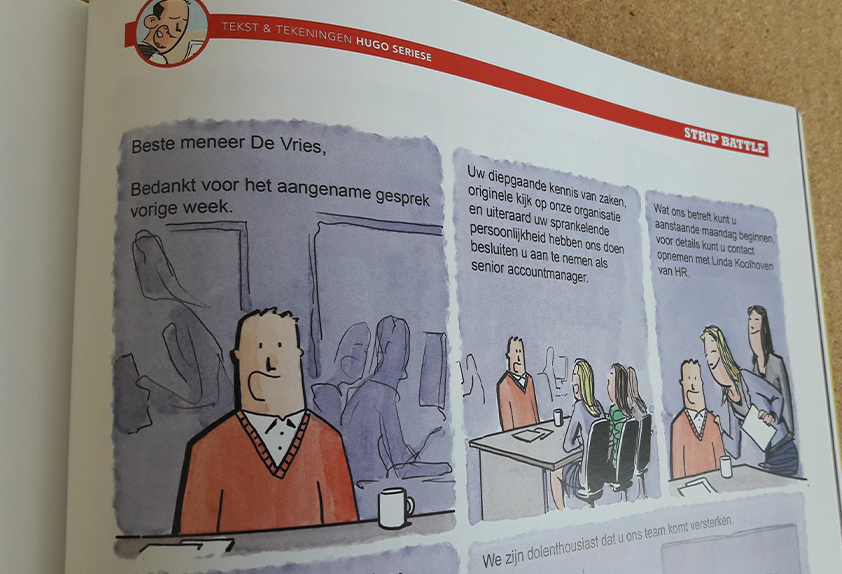 It was actually a bit of a challenge to force this entire story into just one page.
But that ended up being a great motivator to tell the story as economically as possible.
Here you can check out the process of early sketches to the final page:

Did you ever try to apply for a job, wishing you could pretend to be a perfect applicant?
And did you think this comic was an accurate comment on the entire hiring process?
Or not at all?
Please let me know in the comment section below!