Ever since I got back from the Ullapool Guitar Festival about two weeks ago, I really wanted to revisit this (very) old piece of mine called The Clive Carroll Guitar Machine.
It was something I thought up in preparation for a Clive Carroll workshop. Clive is basically the best acoustic fingerstyle guitar player in the world and he can play about fifteen parts on one guitar… AT THE SAME TIME.

Not only that, but he is a true experimenter (which I obviously love) and, well, a great guy!
Doing the first version of this (back in 2011) was right after getting acquainted with the work of W. Heath Robinson and his machines (thank you PD!) and that obviously shows.
When seeing the thing a while back I still very much liked the CONCEPT of it, but the line work was just… well, plain miserable to be honest haha. So I ended up redrawing the entire thing: 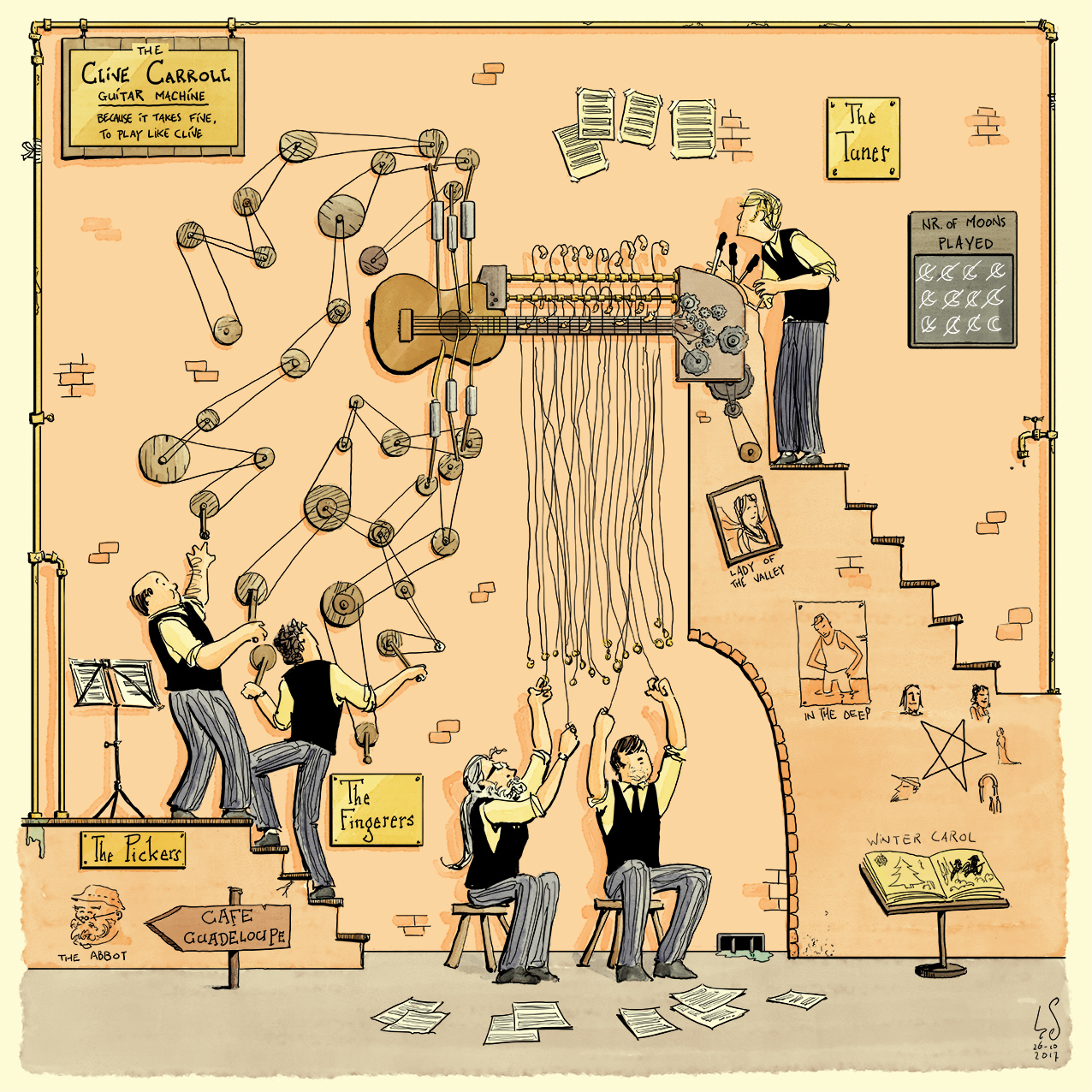 I made a couple of adjustments (I flipped the guitar over, what was I thinking making it a left handed guitar?!) which I think turned out alright.
Swipe to see some detail and the original drawing from more than six years ago (I’m a bit terrified to put that up her actually haha).
As always it’s a crazy experience taking your own work and revising it.
It’s like time travel. 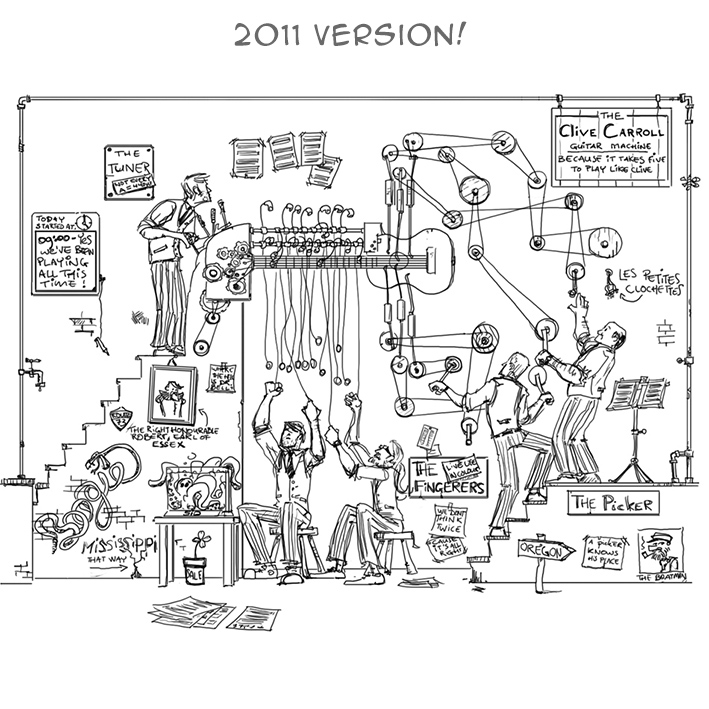 One of the things I really got to focus on in this revised version was THE FINGERS. I somehow imagine that they are all fingers from famous fingerstyle guitarists who are now wondering about finger-less. Oh the horror! 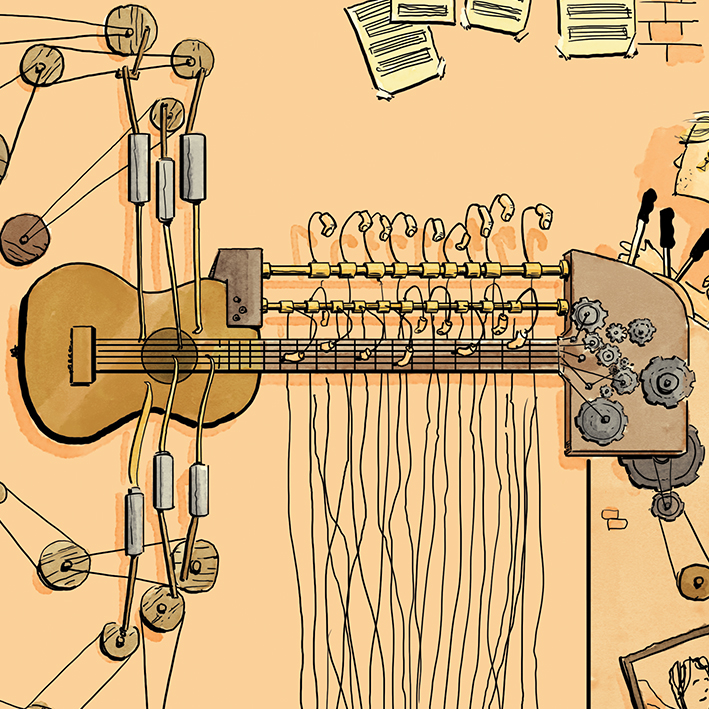 When I made the original version of this drawing back in 2011 Clive’s cd Life in Colour just came out. So I put some references to some of the songs on that record in the background.
When re-doing the piece I realized I might as well make them fit his latest album: The Furthest Tree. 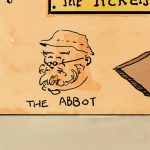 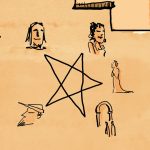 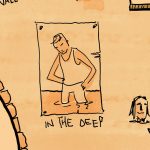 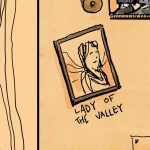 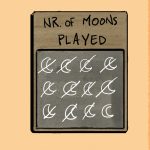 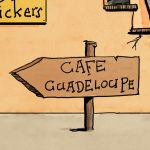 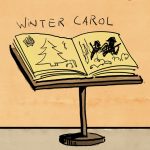 I managed to get in The Abbot (a short and very sweet dedication to John Renbourn), In the Deep, Lady of the Valley, all five parts of The Renaissance Suite (look closely to see Sir Gawain, Bertilak, The Lady of Hautdesert, the two of them At The Chapel and The Green Knight), Twelfth Moon, Café Guadeloupe and my favorite, A Winter Carol (rightfully called “one of the most disturbing pieces of music I ever heard” by Michael Watts).
These kind of little details and references in the background are the stuff I live for, to be honest.
It’s a bit of world building that takes some extra effort, but is very rewarding in the end.