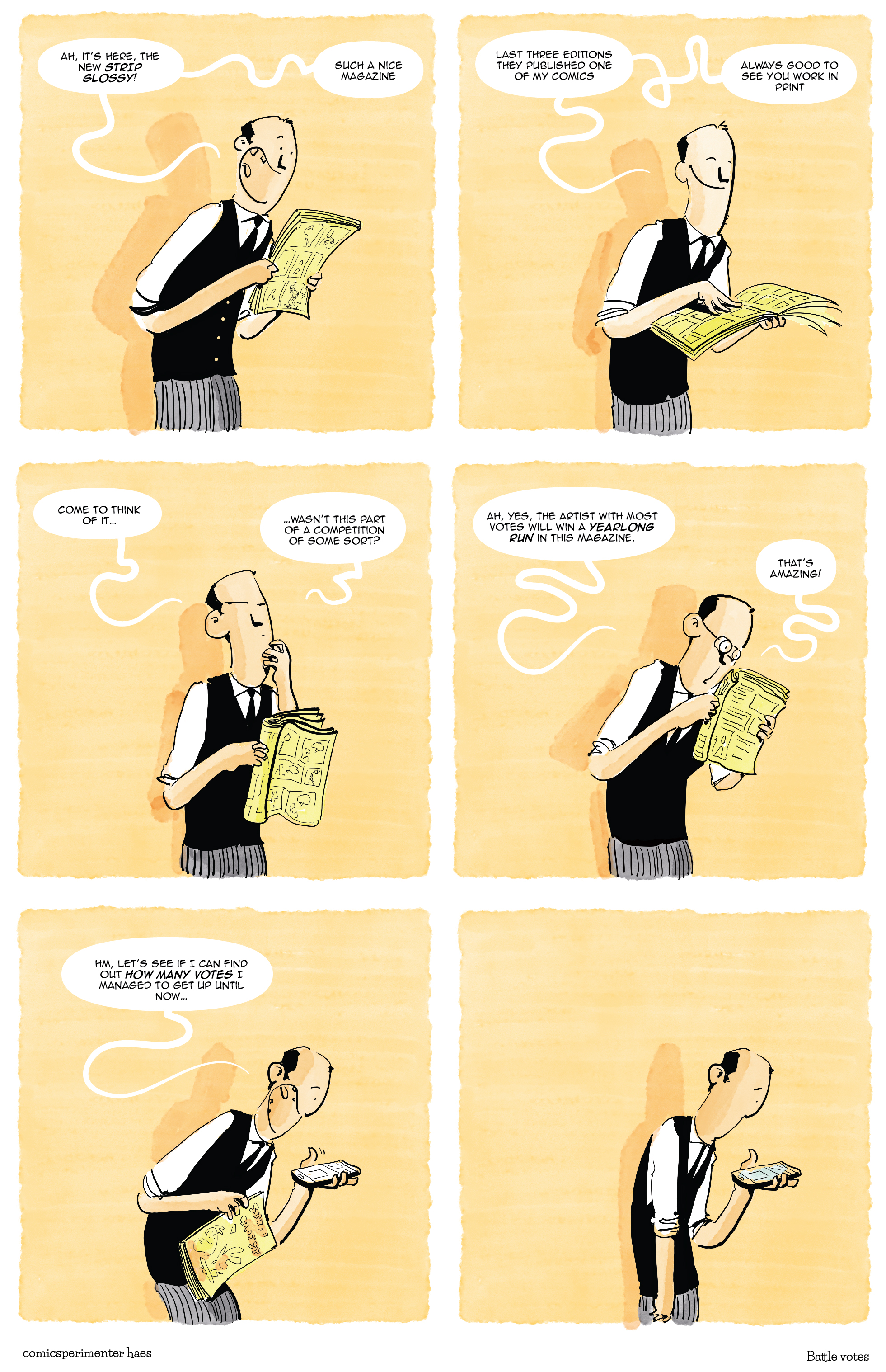 You might not have noticed, but the last nine (!) months or so I’ve been in the middle of a fierce competition with two other comic book artists. A very nice (Dutch) magazine called StripGlossy published three of my comic in its previous three editions and each edition people could vote for their favorite comic.
Up until now I’ve managed to get about twenty votes.
IN TOTAL
I’ve calculated that I need about 900 votes if I want to win this thing, so that’s still 880 votes to go.
Oh and did I mention that polls close oktober 15th?
So it would surely be a fool’s errand to try and still get nearly 900 people to vote for me in three weeks right?
I’d have to get all of them to go to http://www.stripglossy.nl/stripbattle/hugo-seriese and put down a comment along the lines of ‘yay, I vote for Hugo, he’s the bestest!’.
Yes, that sounds nearly impossible.
Especially with the crazy busy schedule I have the coming weeks (including a trip to the Highlands).
…
Okay, I’ll give it a shot anyway!
Tomorrow I’ll launch a very special COMICSPERIMENTER CAMPAIGN to collect 900 votes within three weeks. Obviously there is the chance (or actually, the guaranty) for you to make it into the final comic of this crazy battle. Stay posted and tuned and all that kind of stuff, to see how, what wherefore and why!
(oh, and in the meantime, if you feel like voting, please feel free to do so :))