Art of the wordballoon – III

This is part three of my little series about wordballoons in comics.
In my previous chapters I already stated that:
• Word balloons originated as a kind of ‘necessary evil’ but turned into an crucial element of comics (read part one, right here)
• Dialogue in comics differs greatly from dialogue in movies or books (read part two, right here)
In this third and final chapter I will state that this also demands a different attitude from the reader.

Dialogue in comics is usually one of the few instruments a writer has to communicate large chunks of information. Therefore they usually contain clues for us, the readers.

A good example can be found in superhero comics: 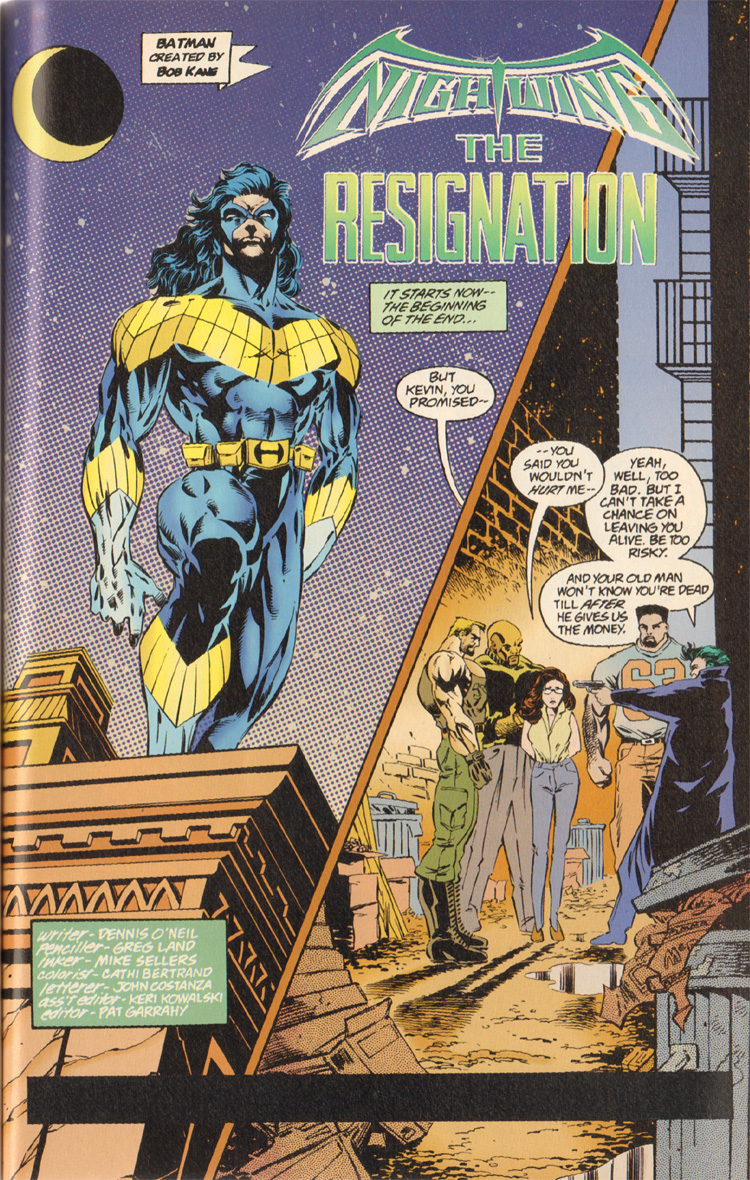 [from nightwing, ties that bind – O’Neil/Land]

The only thing we see here is Nightwing (used to be Robin, Batman’s sidekick, but that’s a whole different story) looking out over some sort of kidnap scene. The only way for the reader to make sense of that scene (for now) is by reading the dialogue.
Thank god Denny O’Neil is a master writer, giving us the following information without making it sound contrived:

Apparently:
• …there is a relationship between the girl and her abductor (she calls him Kevin).
• …something went wrong and this is a reaction to that (“can’t take a chance”).
• …they are asking the father for ransom.
• …there’s a gym these guys have free access to.
All this is presented to the reader through dialogue (okay, except for the gym part). Later on in the story all of these elements will turn out to be important for the story. Therefore the reader is expected to have taken in this information.
Also, note that no word balloon contains more than seventeen words!

CLEAR AND TOO LOUD

At first glance all of this hardly seems noteworthy.
You just read the dialogue, and move on to the next page.
But that’s my point exactly.
O’Neil constructs the dialogue in a natural way, serving the story.

Of course the page isn’t flawless.
The shift of camera angles between the two panels for instance confused me quite a bit. How are they related to each other?
Is Nightwing even seeing them?
Or is he to bussy staring at the Gotham City skyline?
However, it is a good example to illustrate my point.
Just imagine the page looking a little something like this: 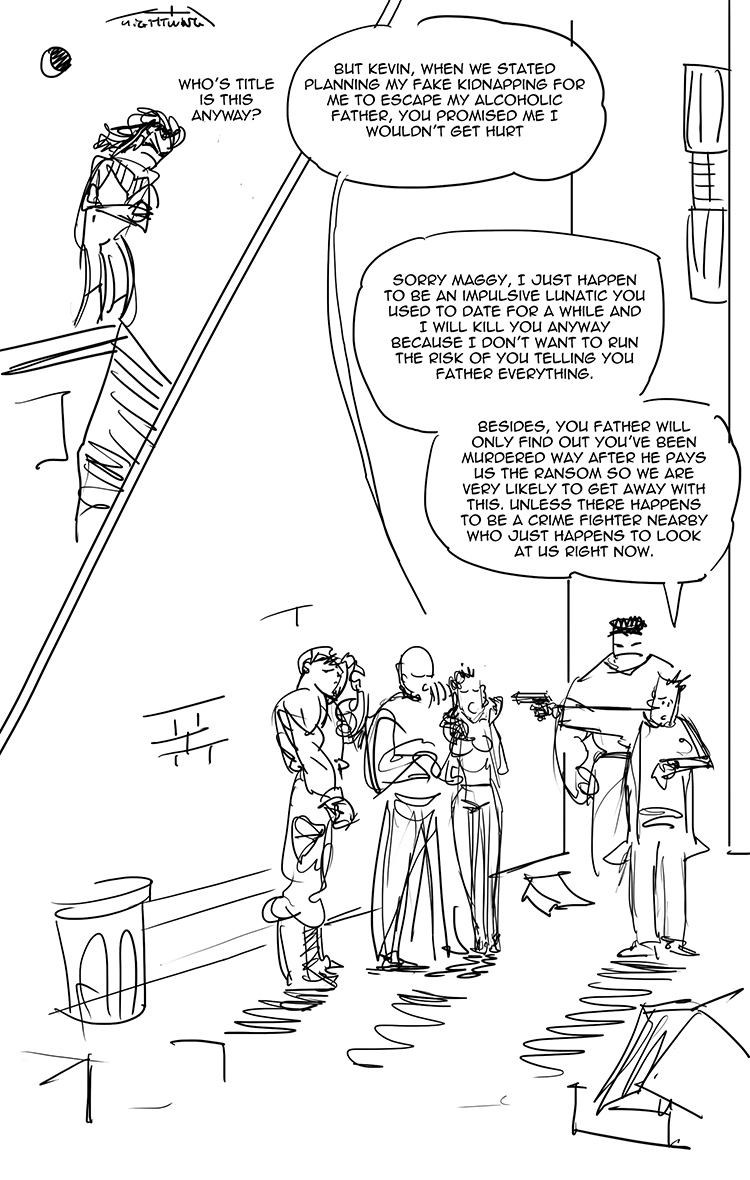 [page redrawn by me for sake of …clarity]

Not only does this crowd the page with word balloons, it also sounds very unrealistic. No one talks like this.
Except maybe in B-movies.
Writers being too lazy to look for clever ways to show how the story develops. Instead they let characters explain what exactly is going on, or should happen next.

This form of dialogue is called exposition, since it exposes the reader to specific information. It can be a useful tool, but easily turns into an ‘idiot lecture’ in which information is said fore the sole purpose of informing the audience.

A good script writer distinguishes him/herself by making dialogue informative and at the same time making it sound in a way people would actually talk in real life.
This is no easy feat.
As a writer often you want include every detail you know (and think your audience should know).

A reader can expect (demand) three dimensional characters that talk like …real humans.
But that’s only half of it.
Comic creators can expect their readers to actively engage in the story and not give up too fast.

Will Eisner (again) captures that quite nicely in this image: 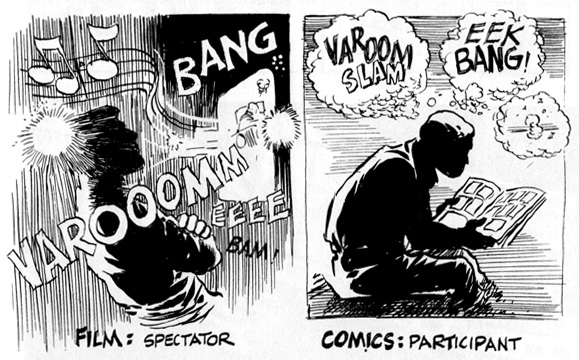 No doubt you’ve once read a comic (or book, or seen a movie) that made you call out: “Damn this is terrible!”
I would love to hear your examples (preferably hilarious) of terrible dialogue!
Let me know in the comments section below!